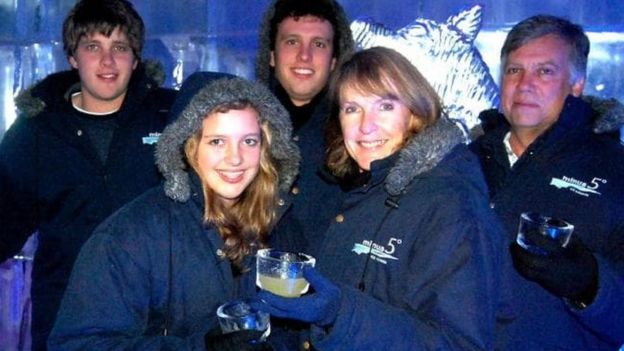 He then killed his wife and two daughters at the family home and drove to the apartment of the man he believed she was having an affair with, said Sgt. Tommy Thompson, of the Phoenix Police Department. 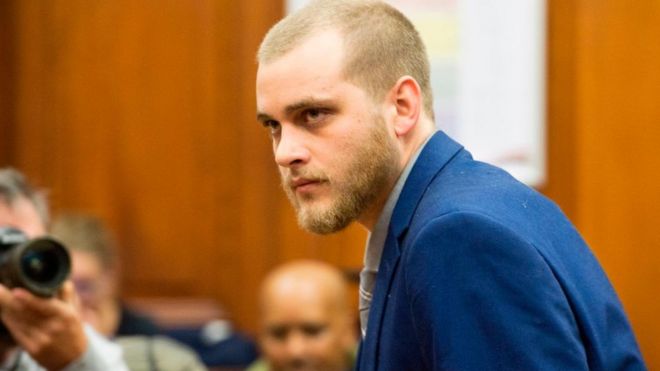 His wife, Dasia Patterson, 29, and their daughters Mayan Smith, 7, and Nasha Smith, 5, were found dead in the family's home, police said. His 3-year-old daughter was hiding under a bed when police arrived and was not injured, Thompson said.

The suspect told police that he chose not to kill her because she "reminded him of himself," the affiliate reported, citing court documents. Police said the older daughter died of blunt force trauma, and the suspect told investigators that he allegedly killed her because she was crying. Patterson's relatives said they are devastated and struggling to come to terms with the loss.

She just lost her mother and sisters, and we want nothing more than for her to be with her family right now. After killing his family, Smith drove to an apartment complex in Phoenix and fatally shot Ron Freeman, 46, whom he accused of having an affair with his wife, police said. In addition to Freeman, he allegedly shot two other people at the home -- a man and a woman -- who have not been identified.


He was using the app to decide on a tourist destination to take his wife to on vacation and stumbled upon a woman in an outfit he recognized. While navigating down the Bridge of Sighs in Barranco, Peru, he saw the woman was sitting on a bench with a man, reclining with his head in her lap. Both of their faces are blurred, as is customary when Google street view cameras capture a person. While the view only shows a still image, the woman appears to be stroking his hair.

The man quickly realized it was his wife based on the clothing and other physical characteristics.

Although the photo was taken in , the man at the center of the story still chose to confront her. Google street view, which uses multi-lens cameras mounted on top of cars to capture every perspective of a mapped street, was created in and launched in 5 U. Robert Mueller to testify about Russia probe. Oil tanker near Yemen at risk of 'catastrophic explosion'. Hicks ends wild game with catch of the year candidate.

Williams tears up over getting back with estranged husband. Newly unsealed exhibits in opioid case reveal inner workings of the drug industry. Analysis: Putin and Xi's military alliance triggers chaos over Pacific. You're merging wrong: Stop changing lanes early. The simple trick that makes bread last longer. Should you wash your clothes with hot or cold water. He found the Titanic. Meet the all-women fire crew battling wildfires in Alaska. Century-old NYC bar named best in the world.

Study: These 2 vitamins are the only ones worth buying. Bison attacks girl, 9, at Yellowstone National Park. Flight attendant bitten by emotional support dog. Man in custody for allegedly killing Ole Miss classmate.

What Drives a Man to Kill His Own Family? Inside the Psychology of Family Annihilators

Here's how Jennifer Lopez makes 50 look like Russia 'regrets' South Korean airspace violation. Robin Williams' son Cody gets married on his birthday. The one color you should never wear to a wedding. Hurns opens up about being released by Cowboys.


It's now or never in packed NL wild-card race.